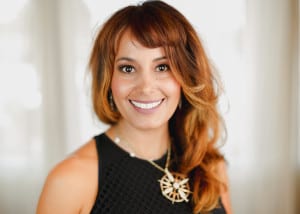 With over 20 years of experience, Carmen founded The Grand in 2007. She literally grew up in the industry !

Carmen has now had the honor to train with top stylist representing the most luxury hair care brand Kerastase and Shu Uemura. She now enjoys giving back her knowledge as a An artist on both the Kerastase Tech team as well the Shu Uemura Artistic team. She also regularly continues to work under lead stylist Odile Gilbert for Kerastase Paris in NYC Spring and Fall Fashion Week 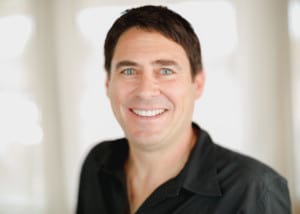 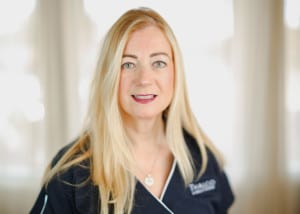 Rita-ClaudiaAesthetic Director
Rita-Claudiawas born and raised in Switzerland. She is Swiss from her father’s side – who is a well known Swiss Hotelier family – and Hungarian – Hungarian Actress and Model – from her mother’s. Rita-Claudia speaks several languages: English, German, French, Spanish, Italian, remembers a little Hungarian and Schwiizerdütsch.

She met her American husband in Vienna, Austria where he was a Foreign Service Officer at the U.S. Embassy. After Vienna, they traveled together and spent three years in La Paz, Bolivia, where they adopted a little Bolivian boy who is now 17 years old and where their daughter was born. They moved to Tampa in 2003.

Rita-Claudia’s mantra is “Beauty is about being comfortable in your skin” and that is her ultimate goal and she does everything that she can, to reach that goal!

The mission of our Grand Beauty Spa staff  is to provide the finest in luxurious Tampa Day Spa and Hair Salon services. We hire only the very best Cosmetic Medical, Spa Therapists and Salon Professionals and then provide training, traveling the country or bringing in celebrity stylists and specialists to ensure that our clientele receive the very finest luxury Day Spa experience.

Meet some of our staff here! 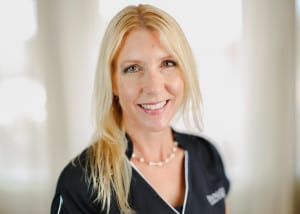 Kimberly Bowe-MathersonMassage Director
Kimberly started out her career with a bachelors in education from USF. She holds teaching certifications K-12 in learning disabilities, emotional disabilities and physical education.

In 2003, Kimberly graduated from the Humanities Center for Massage; licensed in Florida and nationally since 2003. She has loved being part of The Grand family since 2008. She has always worked in, and enjoyed the busy spa atmosphere. 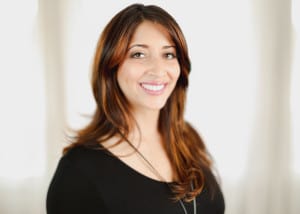 Tanya MarieMaster Stylist
Hairdressing to Tanya is an art. She shuns the cookie cutter approach for a customized hair design to bring out the best in everyone. She builds a foundation for an enduring relationship with her clients by first understanding their way of life.

Tanya Marie’s mission as a stylist is to heighten beauty from the inside out by giving each client the hair design they need and formula to continue a daily regimen that will provide endurance to each clients’ new found transformation.

Tanya Marie’s dedication to the beauty industry started at Walt Disney World where she developed a love for makeup and found a passion for the beauty industry. This lead he to The Salon Professional Academy by Redken where she perfected precision cutting and styling techniques as well as color formulation and application. After starting her career at The Grand, she became part of L’Oreal Professional Artistic Technical Team where she attends classes with platform artists from around the world and educates other stylists in L’Oreal Professional Color. Thriving for more in the industry, Tanya Marie has expanded her knowledge and art into the world of hair extensions. She is a trained professional in seamlessly applying top quality, natural looking hair extensions. Tanya Marie continues to keep up with the latest trends and techniques, training with talented stylists like Travis Parker, Jo Blackwell, Nick Arroyo, and Martin Parsons, to name a few.

Whether it’s a classic cut/color or a funky avant-garde style, Tanya Marie looks forward to providing you with a modern, customized hair design that fits your individual style. 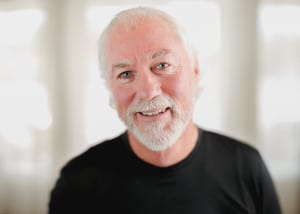 Bruce HarburgMassage Therapist
I received my massage therapy training from the Suncoast School of Massage Therapy in 1980 and my Florida Massage License in May of 1981.

My first massage job was at Hyatt Regency Tampa and then transferred to the Hyatt Regency Grand Cypress in Orlando where I was the senior massage therapist for a number of years.

I have worked at Spa Hyde Park, Avila and The Harbour Island Athletic Club before joining The Grand Beauty Spa in August of 2009.

I spent one year apprenticing with Aaron Mattes in his Active Isolated Stretching Clinic in Sarasota.

I have studied Hand and Foot Reflexology with The Immortal Dwight Byers at the International Institute of Reflexology, and Neuro-Muscular Therapy with Judith Delaney.

From 2008 to 2010, I was a massage therapy instructor at Everest University specializing in the practical application of massage techniques.

I describe my style of massage as “Deep Tissue Relaxation Therapy.”
My goal is for you to receive not only the absolute best massage that you have ever had, but a memorable life experience as well. 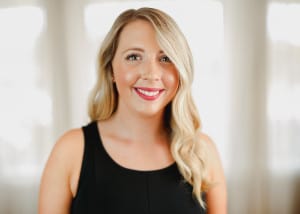 Kirsten SnivelyMaster Stylist & Kèrastase Artist
Growing up in a family of hairdressing, Kirsten always knew her passion. Upon graduation at Paul Mitchell the school Tampa, Kirsten was trained in a L’Oréal Professionnel salon as a certified Inoa Colorist. Entering the industry with a thirst for knowledge, she was able to further her education through advanced cut, color and styling classes. She also became an expert and salon specialist at the Keratin Complex Smoothing Treatment.

You can find some of her published work in Tampa Magazine, South Tampa Magazine and Palma Ceia Magazine. She has worked alongside celebrity stylists at HSN like Oscar Brandi backstage at HSN studio. Not only has Kirsten been featured on tv behind the camera she was also the talent for a beauty informercial working with Bluewater Media.

Eager to share the knowledge she obtained, she quickly followed her mother’s footsteps as an Educator. The ability to teach and inspire others became her career’s top priority. She began her career with Kèrastase as an ambassador in Spring of 2016. Kirsten is now an Artist for Kèrastase on the K Tech Team. She is focused on the art of styling and producing luxurious, healthy hair! The opportunity to teach in salon classes all over the country brings her two passions together, hair and travel.

Kèrastase continues to fuel her inspiration behind the chair. Through Kèrastase she has had the privilege of working backstage at New York International Bridal Fashion Week, styling for Kèrastase alongside designers such as Marchesa, Carolina Herrera, and Monique Lhuillier.

At The Grand stylists are always learning and evolving. Kirsten is a Master Stylist at The Grand. She has been trained by several artists; Robert Cromeans, Martin Parsons, Daniel Mason Jones, and Jo Blackwell to name a few. Being in a L’Oréal salon Kirsten will forever be influenced by peer artists, Kèrastase, Shu Uemura and L’Oréal Professionnel teams. She finds inspiration everywhere she goes from traveling to Day to day life and promises you a unique experience! 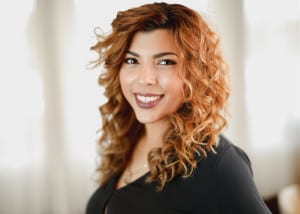 Alexandra RamirezAdvanced Stylist & Shu Uemura Artist
With over 9 years of beauty industry experience Alexandra is a full service (color,cut,style,makeup,keratin) provider & Shu Uemura Artist/Educator. Having participated in New York City bridal fashion week styling for brands such as Marchesa, Monique Lhuillier, and Carolina Herrera. Alex is most sought after for her special occasion styles and updos.
“My passion is to deliver your hair to its greatest potential through a luxury experience with exquisite products.” 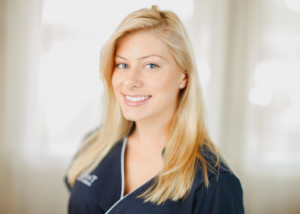 Ciara HonackieAesthetician
Ciara, has been in the skincare industry going on seven years now and also works as a professional makeup artist. Her experience has taken her from extensive training in France to working on the set of commercials. She is also certified in body wrapping, medical grade chemical peels, dermaplanning and many other sought after treatments for that radiant glowing complexion. Her passion and detailed approach to skincare make her an excellent esthetician to work with as well as her relaxing touch. Ciara believes healthy skin begins with good nutrition and a great skincare regimen, helping you achieve your skin care goals is her number one priority. 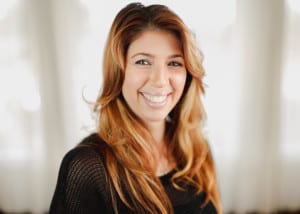 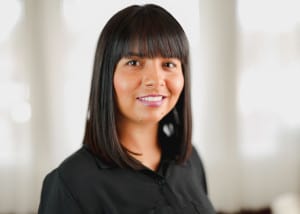 Carolina ArangoStylist
Carolina was born and raised in Colombia. When she was 17 years old her mother decided to move to the U.S. looking for a better future for her an her brothers.

In 2012 she began her journey at Summit Salon Academy to do what she loves. Her greatest joy is to make clients feel pretty.

Her career began in 2013 at The Grand Beauty Spa where she found a great team to work with. She really loves learning new techniques for haircuts and color so she can help every client with their needs.

Carolina specializes in cutting. She took a Destination Kèrastase cutting class in Miami under artists Carmen Lee Sargeant and Jessica Keglovich. She has been trained under Jo Blackwell, Daniel Mason Jones, and Susie Bond to name a few.

As a bilingual stylist she will make sure every guest gets an individual experience! 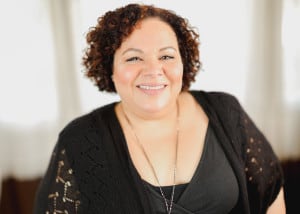 Suzanne DavisNail Specialist
Originally from Cleveland Ohio, Suzanne has been in the industry since 1989. Working in the top day spas of Ohio she later found her Florida home here at The Grand Beauty Spa.

While living in Ohio Suzanne attended many beauty shows across the country. Inspired by the education she later began to teach her nail artistry at several salons across the Midwest. Aside from teaching she also opened her own Nail Studio in Cleveland. She has been featured on daytime television several times showing the latest in nail trends and fashion.

After trading the Ohio snow for the Florida sunshine she began her journey here at The Grand Beauty Spa. Specializing in Pedicures she has began crafting her own signature style and focuses on a form of reflexology massage.

While in Florida Suzanne has had the opportunity to work on several celebrities and television personalities. Working backstage at The Amalie Arena painting Janet Jackson’s crew before her big show was by far the most exciting moment. Let her give you the Janet Jackson experience on your next spa day! 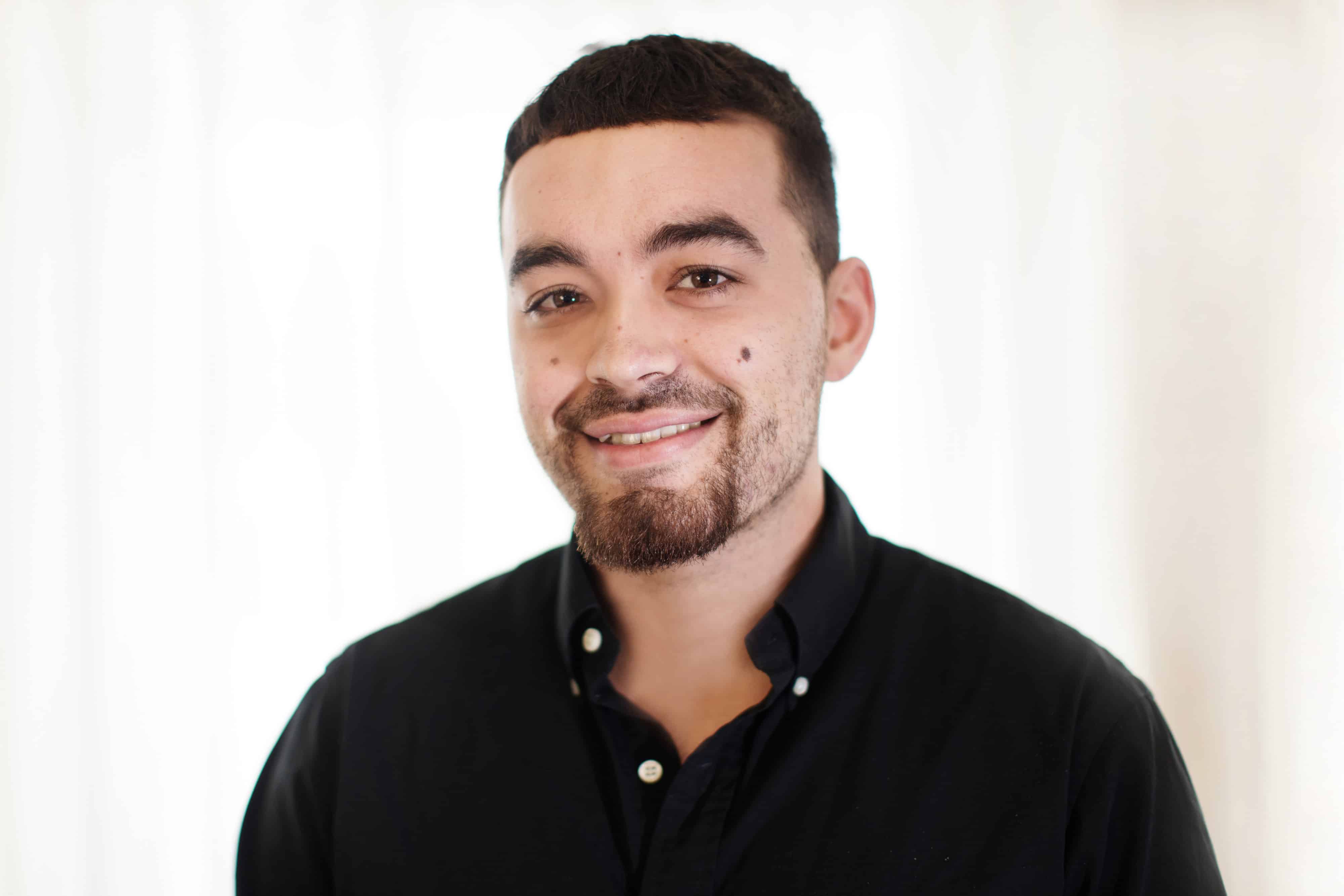 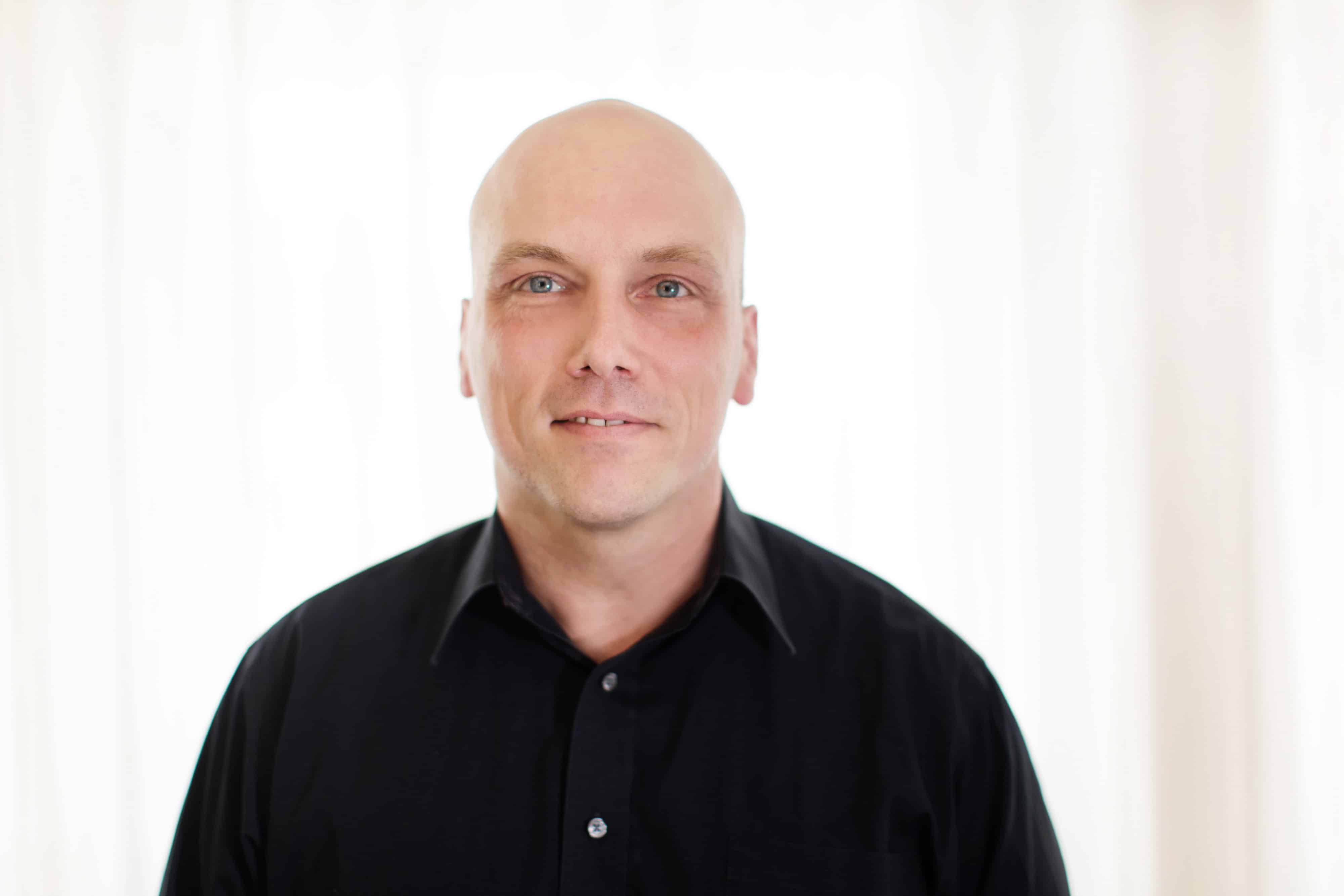 Russ HovermaleHair Colorist
Having trained with top international experts in the industry, Russ is one of today’s top hair colorists of NYC. With over 20 years of experience, expertise and passion, he takes the time to understand what will look optimal and yet keep the integrity of your hair.

He’s worked with many celebrities, famous artists and industry insiders to produce iconic and enduring styles, with looks that range from classic to transformative.

Russ received his extensive training with the world-renowned colorist Nancy Braun of L’Oreal Academy. Using the dynamic technique of balayage, he transforms blonde and brunette tresses into lighter, multidimensional strands with no brassiness.

Raised on a beach tucked inside Boston Harbor, his looks emulate the sun-kissed hair of childhood, at any age- with a high impact, low maintenance approach that grows out gracefully.

You can find more of his looks on Instagram at @balayage_by_russ 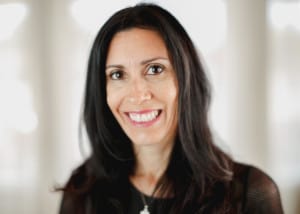 Joanna GlazierStylist
Joanna has been licensed since 1986. She has always had a passion for beauty and health.

She has worked for The Grand owner, Carmen for over 18 years. Joanna specializes in Cutting, Coloring, Blow Dries and Keratin.

Joanna has taken the Redken master design specialist program. Joanna is alumni of USF with a Wellness degree. 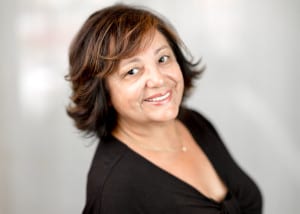 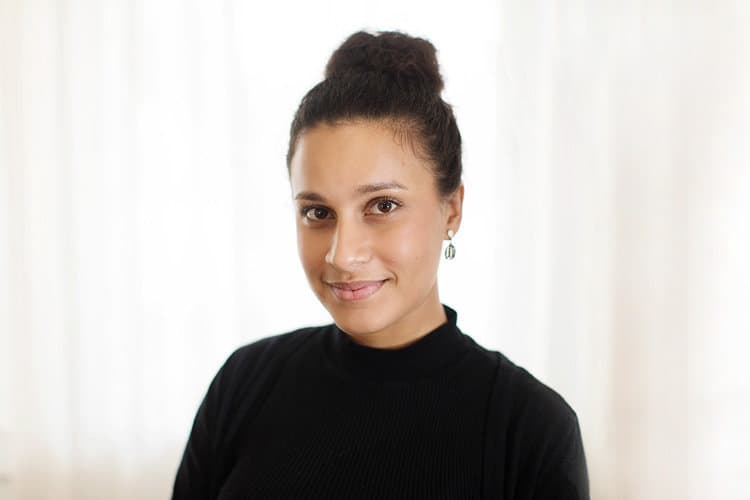 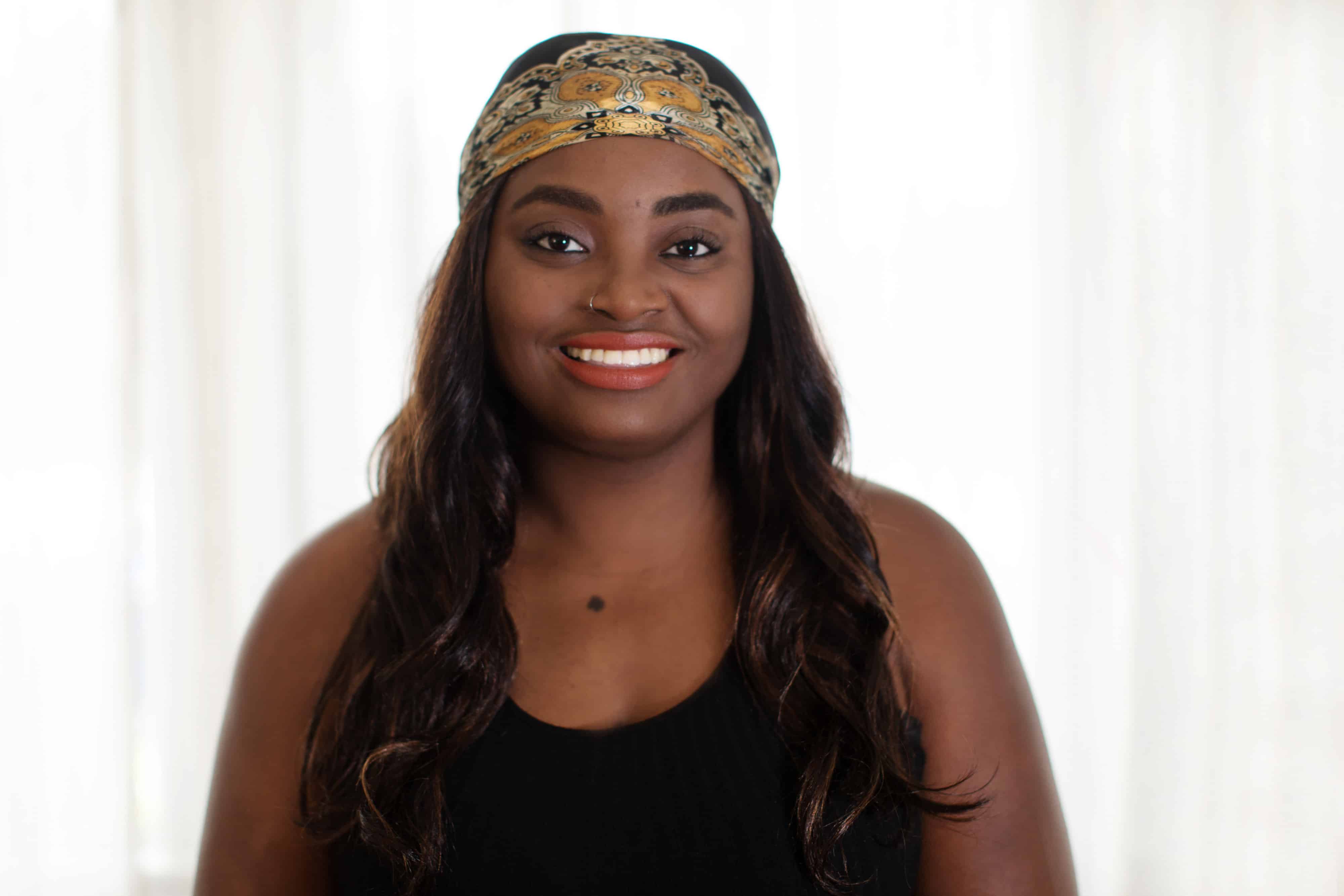 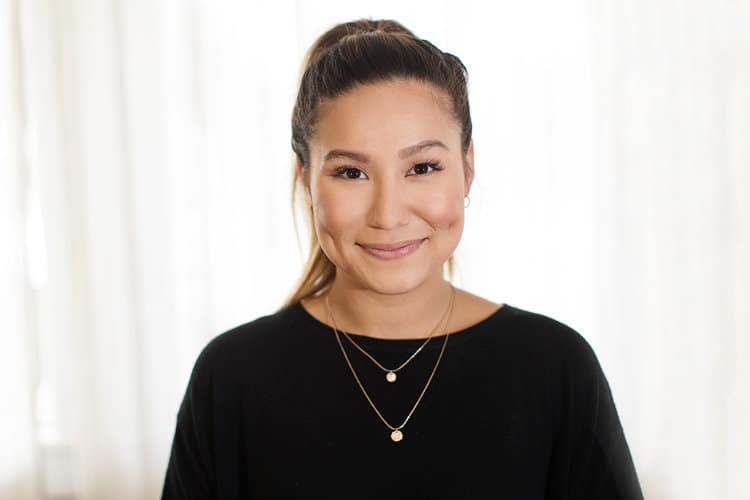