Four of The Grand’s Spa therapists had the wonderful opportunity to visit Thalgo France, in the southeast of France in Roquebrune-sur-Argens (the Var region).

We spent four amazing days at the Cote d’Azur. Our Hotel was in St. Raphael, ten minutes from the headquarters of Thalgo with its own Research Centre.

Two full days we had training at their Beauty School, where Joanne Mazzitelli – the International Training Manager – thought us about the new Thalgo products, the most sophiscated methods to employ them. We also had a tour in the laboratory to see how the ingredients were prepared, labeled and stored for four years for quality control.

The sea is where life on our planet began.

Three billion years ago the first living cells were single cell blue algae. When you analyze seawater under a microscope, you can see it has a very similar structure to blood plasma. The human body is made up of approximately 70 % water. The sea makes up 3/4 of the earth’s surface. Algae are responsible for 1/3 of the world’s oxygen production.

“Sea washes away all of man’s ills.”

For more than 50 years, THALGO has explored the sea depths and identified specific seaweeds with anti-aging, slimming, detoxifying, rebalancing, hydrating and soothing properties.

They go to the Mediterranean sea, hand-pick and select the highest quality of algae for the best THALGO products. In collaboration with dermatologists and university professors their Research Centre develops exclusive Thalgo ingredients at optimum concentrations.

Thalgo Laboratoires has launched its first professional cosmoceutical range. Featuring Mesolift Marine, a bio-regenerative infusion that boosts cell metabolism to preserve the skin’s youthful appearance, and Neo Skin, a complex used to correct severe imperfections and deep irregularities and to reconstruct optimal skin quality. M-Ceutic is the newest facial of Thalgo and we all had the possibility of hands-on-training on each other.

It was an enriching experience for our Grand Spa Team to participate to this special Training and bring back the knowledge and new techniques to The Grand!

Thalgo was created by a pharmacist, André Bouclet, from his passion for the marinee world and its invaluable riches.

Hidden deep in the oceans’ depths are a multitude of treasures such as minerals, highly assimilable trace elements, vitamins, amino acids and other active molecules, secreted by the flora and fauna to help them survive in their hostile environment.

In 1964, supported by the work of René Quinton and Professors Dubarry and Guelfi, and convinced that the marine world would be the source of great therapeutic and cosmetic discoveries in the decades to come, André Bouclet created BLC Laboratories, which specialised in skincare products formulated with algae and marine extracts intended for the medical world and thalassotherapy. 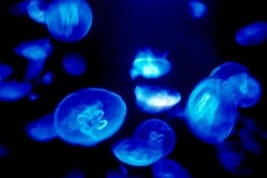 Get Social with Us at The Grand!